It’s true that babies are more vulnerable to picking up illnesses than healthy adults, but they are stronger than you may think. Although, your baby will experience on average eight to ten colds and a variety of other common ailments during his or her first year, the good news is that most of these illnesses go away rapidly without any type of medical treatment. And, the coughs and sniffles experienced while in infancy serve an important purpose of building a mature immune system.

Colds
Colds are caused by viruses that are generally transferred directly from person to person via sneezes and coughs or through indirect contact such as touching a toy or bottle of another child who is infected. Common symptoms include runny nose, sneezing, low-grade fever (less than 38.9 degrees Celsius), sore throat, cough, and overall irritability. Most children do not need to see a doctor for a common cold unless the illness becomes more serious. However, if he or she is younger than three months of age, it is important to call your paediatrician at the first sign of illness, as symptoms can sometimes be misleading and more serious than they initially appear.

There is no known cure for a cold. Antibiotics that are helpful in fighting bacterial infections have no effect on colds. Thus, the best thing that you can do is keep your baby comfortable, provide extra fluids, lots of rest, and possibly give a fever reducing medication, if necessary. Most children recover from colds in less than a week.

Flu
Influenza or flu is caused by a respiratory virus and is sometimes confused with the common cold. Spread from person to person, it is most common during the winter months. While the symptoms are similar to a cold, they are generally more severe with a sudden onset of fever, chills, extreme fatigue, and a dry hacking cough.

Unlike with colds, there is a vaccine to prevent the flu. They are considered safe and effective and are commonly recommended for children over the age of six months.

Ear Infections
One of the most painful and frustrating illnesses for small children is an ear infection. They are extremely common during cold and flu season but can happen at any time throughout the year. Babies with ear infections show symptoms such as ear tugging or pulling, difficulty feeding, crying, trouble sleeping, and fever (up to 40 degrees Celsius). You may also see blood-tinged fluid draining from the ear.

If you suspect your baby has an ear infection, call your paediatrician as soon as possible. Depending on the severity of the condition, your baby may be prescribed an antibiotic to clear it up. 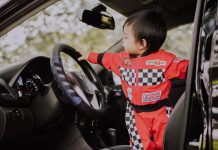 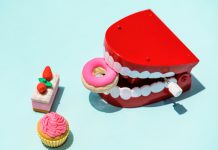 Parental Involvement In A Child’s Education